A trip to the capital of Australia is also a must-do. We quickly discovered that Canberra is a very progressive city with modern buildings. This is because Australia still has a young history; at least as far as “white” history is concerned. Canberra did not become the capital until 1911. We liked the architecture of the city very much. We once again spent a day sightseeing. The National Museum of Australia as well as the National Gallery of Australia were on our program. Both very impressive, especially the Gallery has many beautiful Aboriginal artworks on display.

Finally, we visited Parliament House to see where Australia is governed from. To our amazement, we were allowed in there for free and to walk around freely. We liked the city very much. As always, however, we were drawn relatively quickly back into nature. 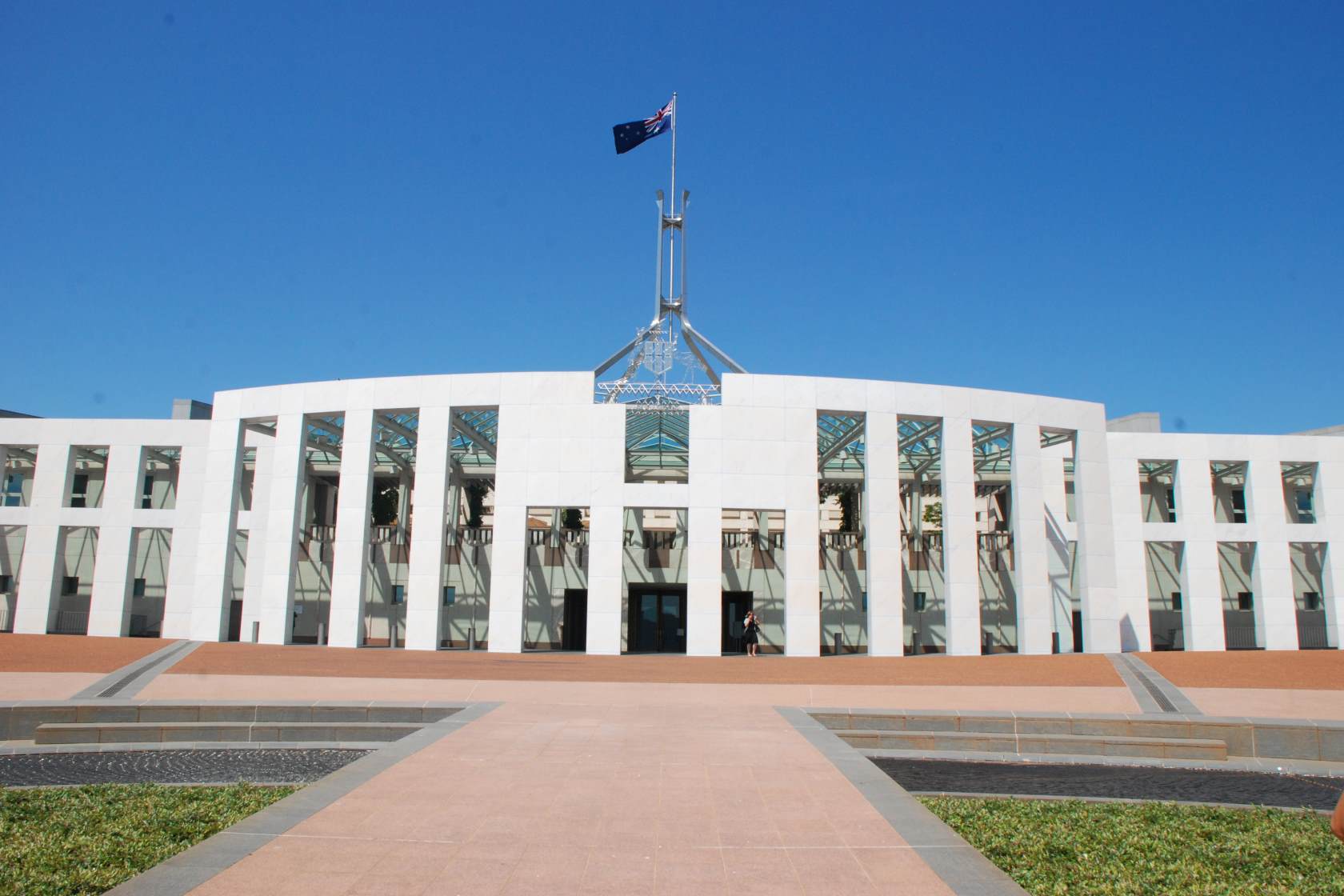 From Canberra we went back towards the coast to enjoy a few more bathing days before we went to Sydney. Unfortunately, however, we did not find a comfortable campsite; too many people and the beaches were not convincing either. So we drove to the Blue Mountains, a famous national park about 100km west of Sydney. The many eucalyptus trees in the area evaporate their essential oil, resulting in a shimmering blue mist that hangs over the mountains. It is a unique nature, right next to a city of 4 million people and is also a World Heritage Site. However, these are sandstone plateaus rather than mountains with many canyons, waterfalls and countless viewpoints. The most famous is certainly the “Three Sisters”, which are considered the trademark of the park. 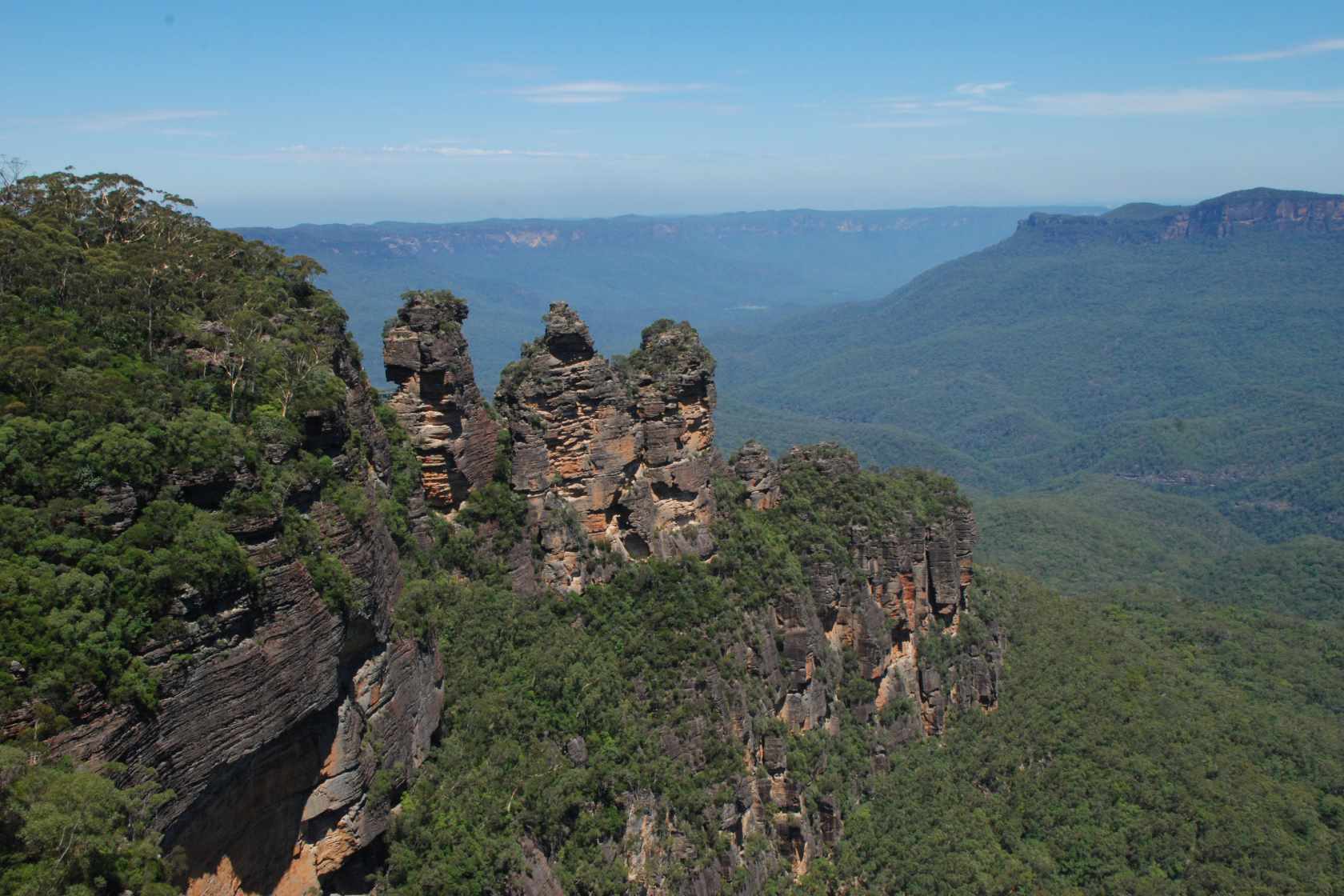 Also the view from Perry Lookdown is gigantic; the best is – it is allowed to camp for free. Surprisingly, we were alone. The two most famous waterfalls – Govetts Leap and Wenworth Falls – are also both very impressive. The whole scenery in the park is very beautiful. In addition, there were few people on the road, which surprised us, since only an hour’s drive from Sydney.

The Greater Blue Mountains also include a lesser-known park, Kanangra Boyd National Park. We went to see the Kanangra Walls, a kind of sandstone plateau that looks really beautiful. Once again we found a super campsite, right on the river and only accessible with 4WD. The way there was hefty and is probably called “Parachute Hill” for a reason. But no problem for Speedy. If you are in Sydney you should definitely visit this area. 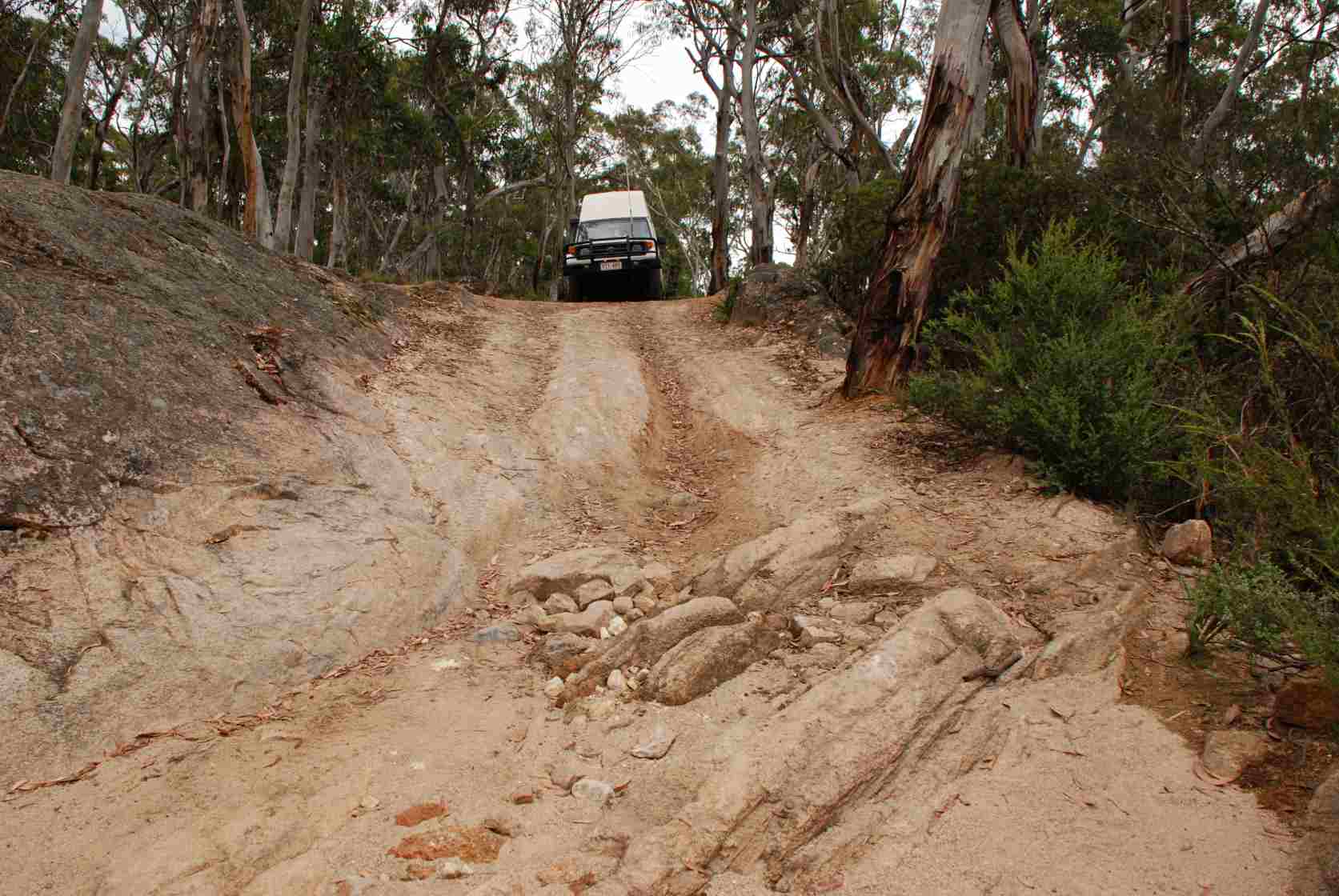 After eight months in Australia we have arrived in Sydney, our final destination. Here we will now spend the next few weeks trying to sell our beloved car. Since we expect this to take a while, we have decided to live with a family. Staying at Caranvan Park for weeks at a time costs a lot of money. So we chose HelpX; a project where a few hours of work is exchanged for a bed and food. We had to work four hours a day and in exchange we had our own room, 20min train ride from the center. We didn’t have to do too rigorous work; cleaning, painting the patio, helping in the garden, etc. Jim has a shampoo factory where we helped out in between filling bottles. 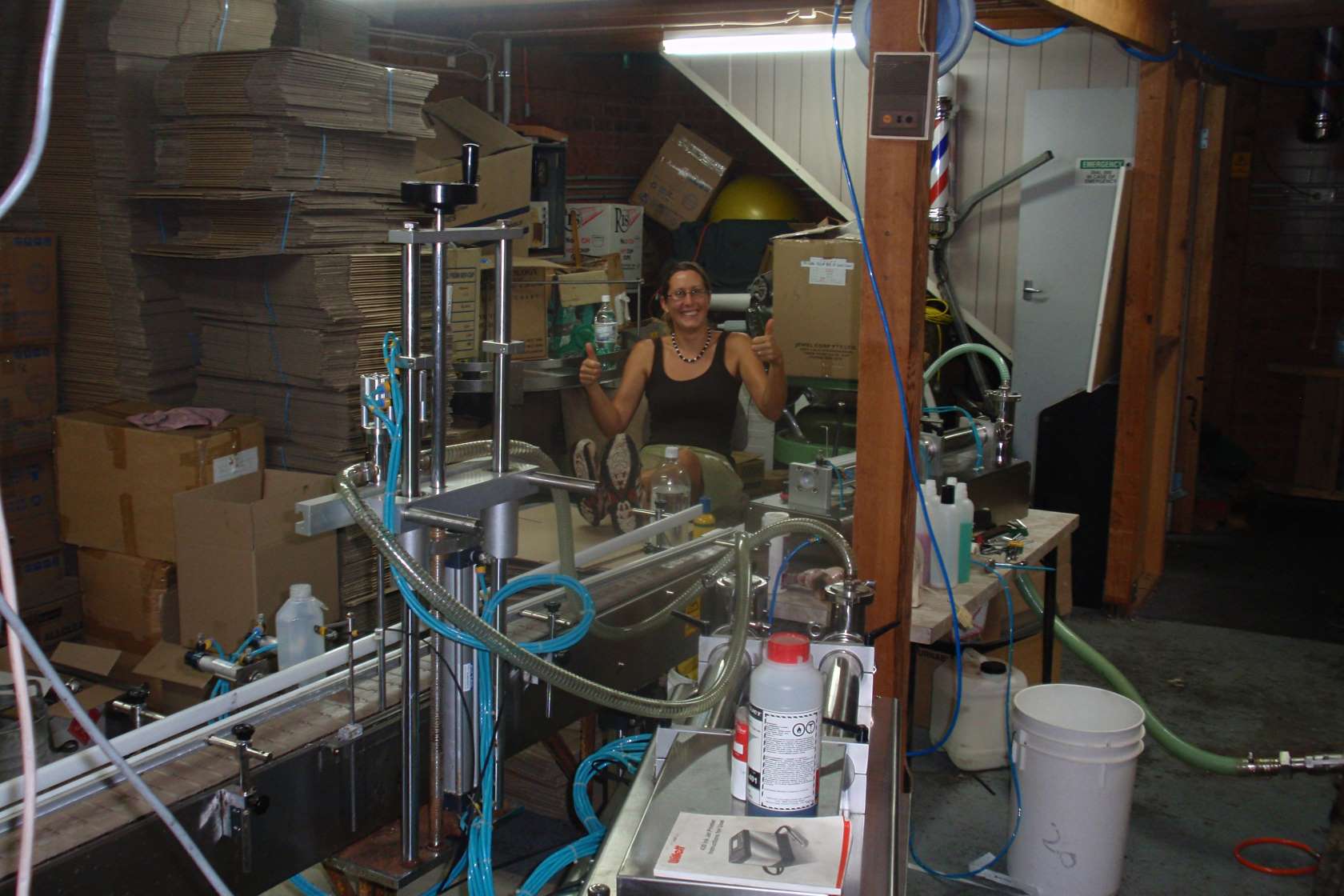 When we were not working, of course, we tried to sell our car. This turned out to be more difficult than anticipated, as it is out of most Travellers’ price range. So it was all Australians who came forward. Also of this but unfortunately not very many, although we had advertised almost everywhere. At some point we were ready to go to King Cross after all. There is a kind of car market, or rather a street, where the Travellers try to resell their cars. However, there are no cars over AUD 7000 to be found there, so not necessarily our target group. Everyone liked Speedy, but the price rather less. Well, it was worth a try. But we met a lot of people and heard a lot of stories. It was fun at Kings Cross, if not necessarily successful.

After some people had looked at Speedy, but nobody was really in a hurry, four weeks after arrival in Sydney the redeeming call came. In the morning the call, in the evening the promise, two days later the money in cash on the table. We were relieved and happy; especially since we received our requested price. We no longer believed in that. So all in all, this went very well. For a great car we finally paid very little, considering what such a car costs for rent. Speedy came back into Australian hands. When Speedy drove away, however, we were a bit sad – there are a lot of memories attached to this Landcruiser. 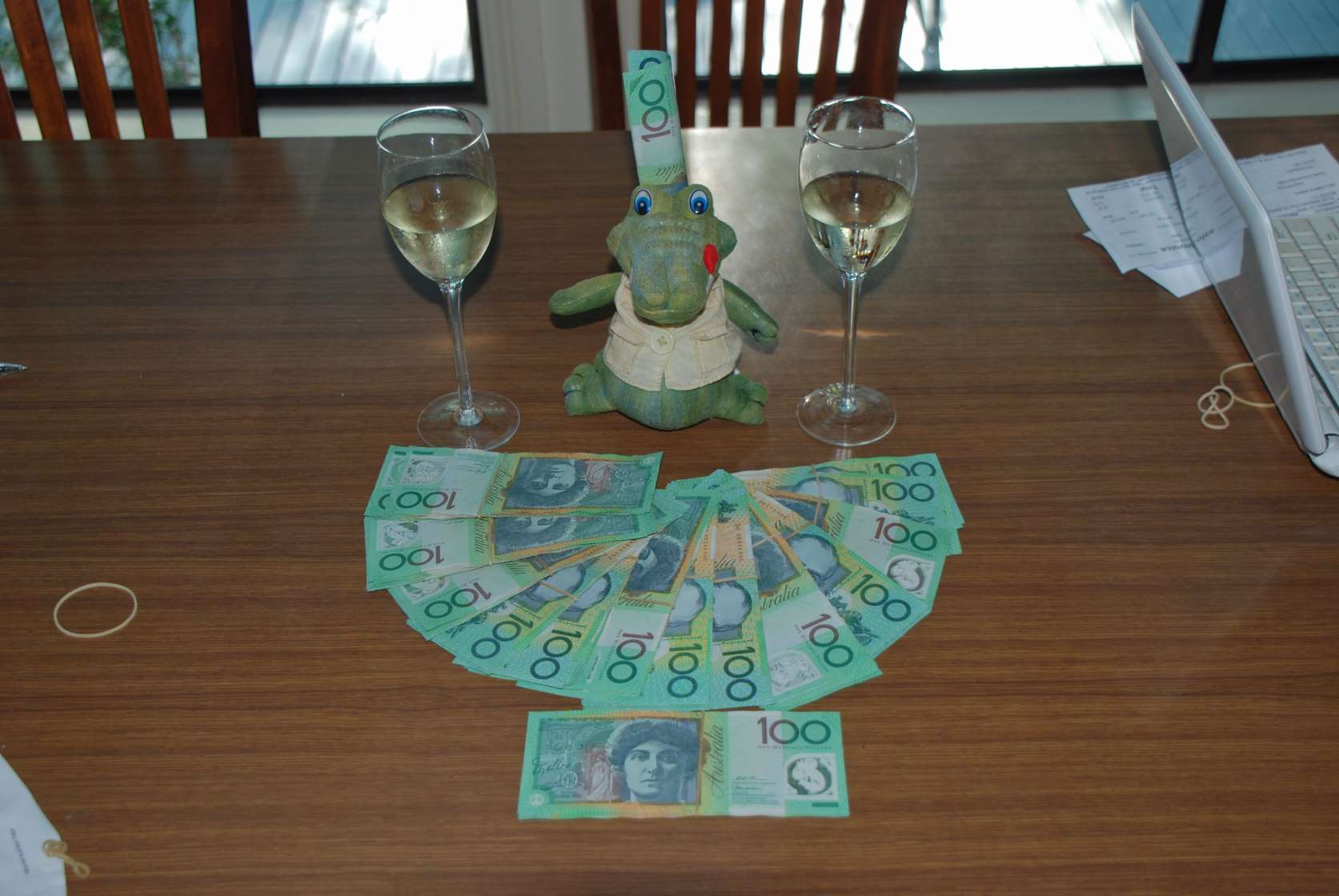 In our five weeks in Sydney, we did all the sightseeing in addition to selling cars. The harbor with the Opera House and the Harbour Bridge is of course the highlight of Sydney’s sights. 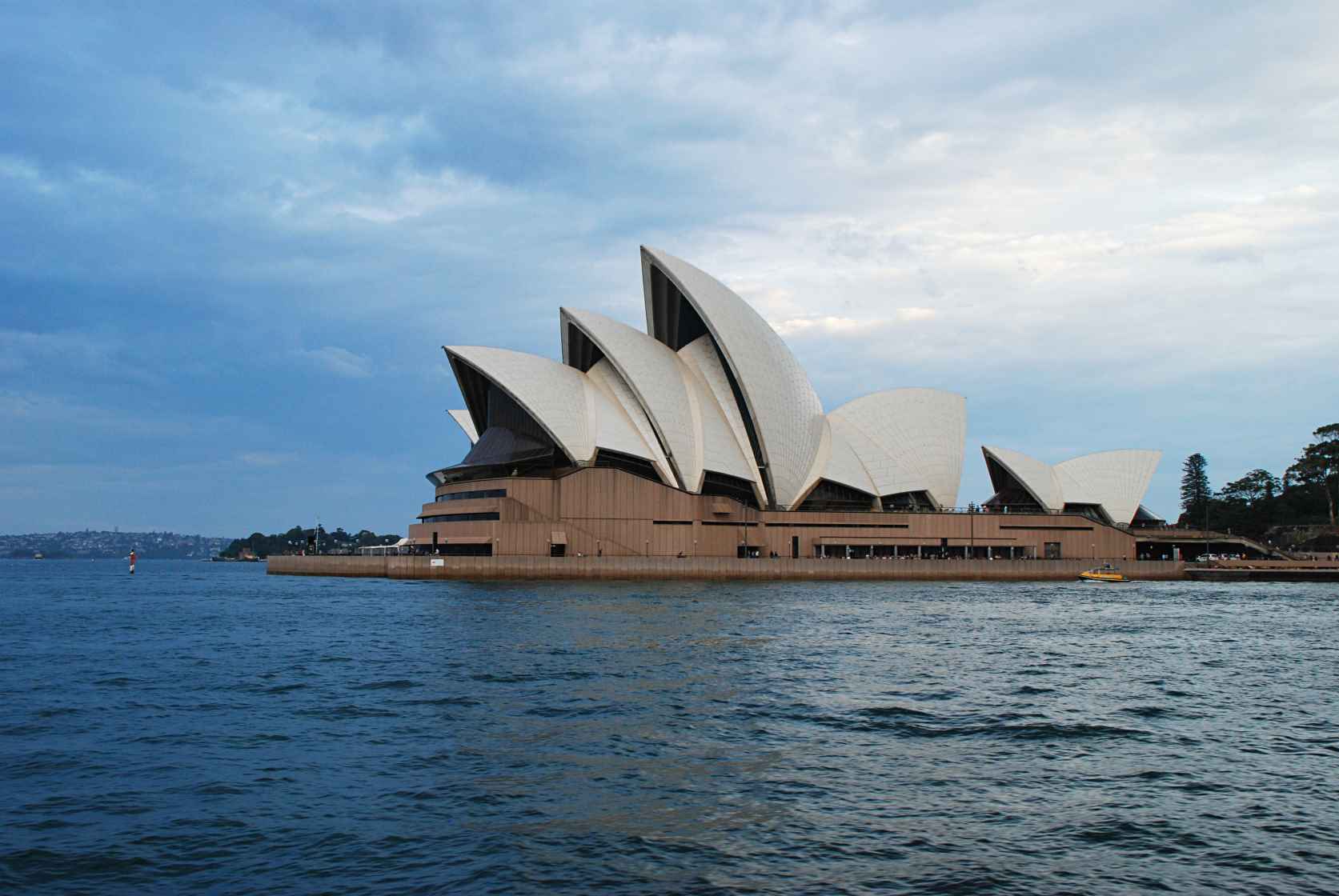 We also really liked Darling Harbour, a cozy place to have a drink. One of the most famous beaches in Australia, Bondi Beach, is of course a must see. This one is crowded especially on weekends, but still kind of nice to spend an afternoon. However, that was a taste of what the east coast of Australia is like – not really our thing. We flew back to Asia with mixed feelings. On the one hand we look forward for diving, on the other hand we will miss Speedy and the Outback Adventure Australia extremely. 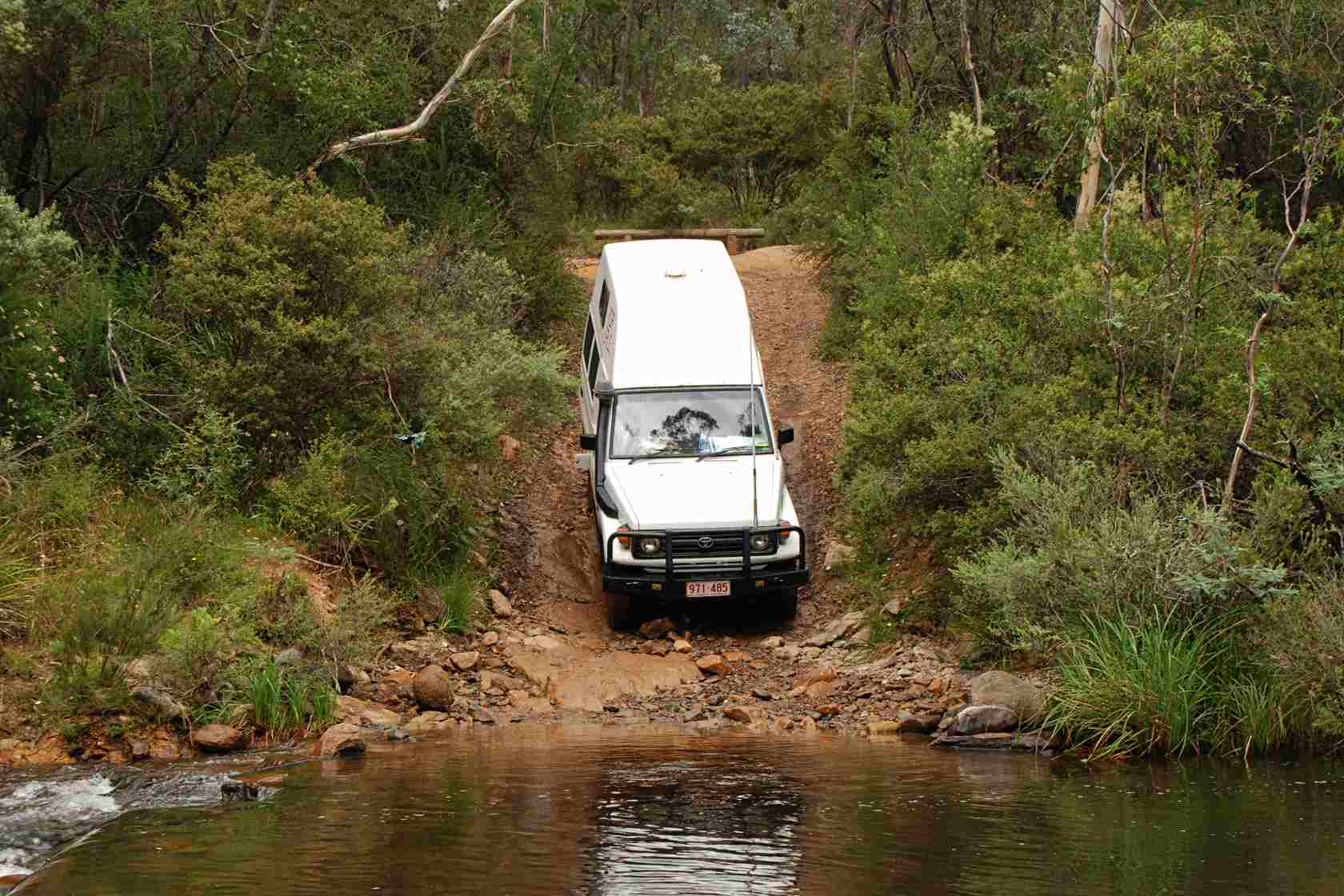 For us it was the highlight of our trip so far, especially thanks to our beloved Bushcamper. 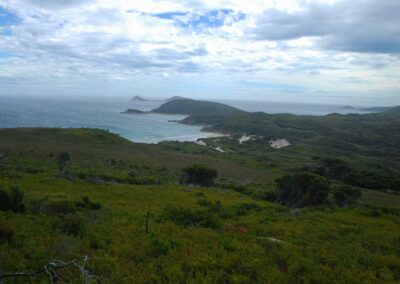 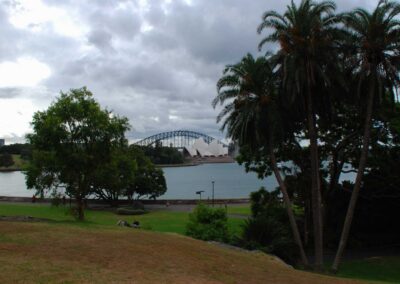 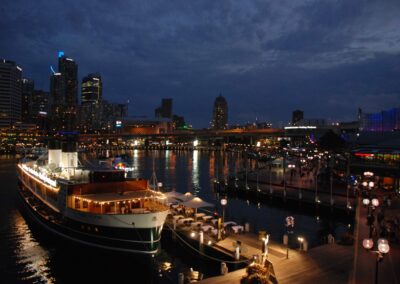 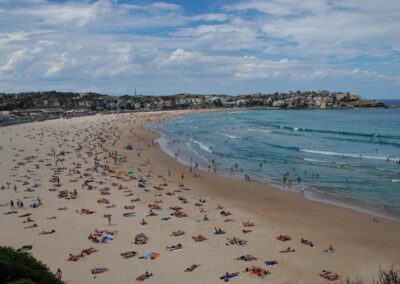 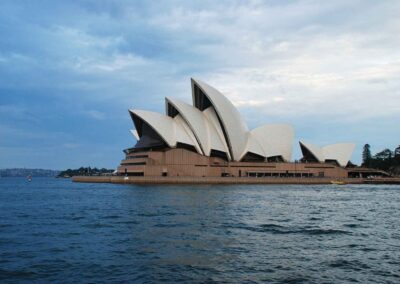 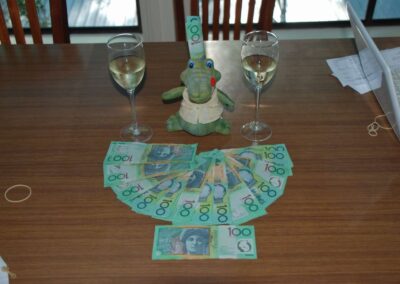 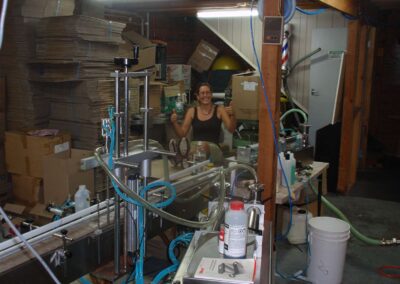 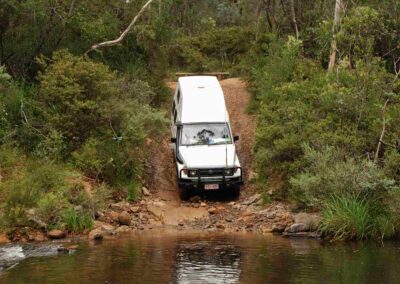 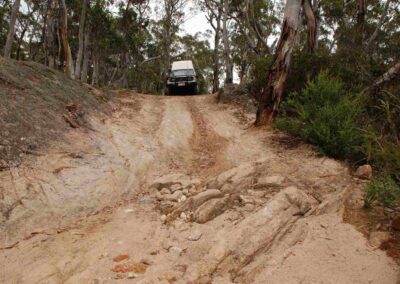 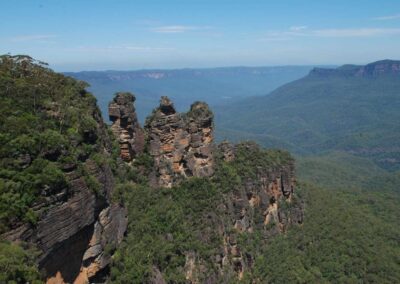 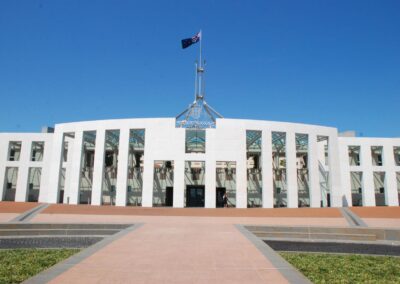 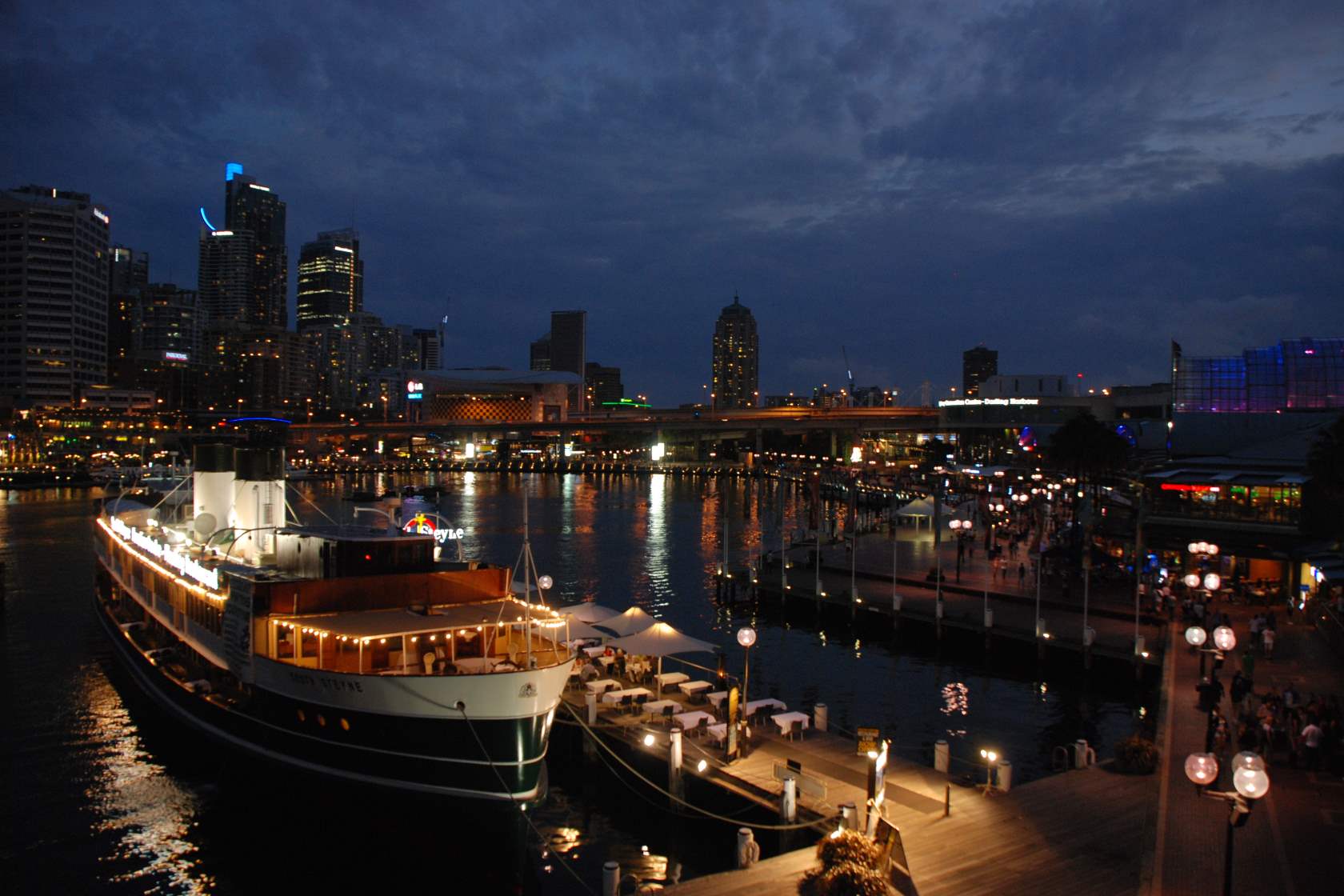